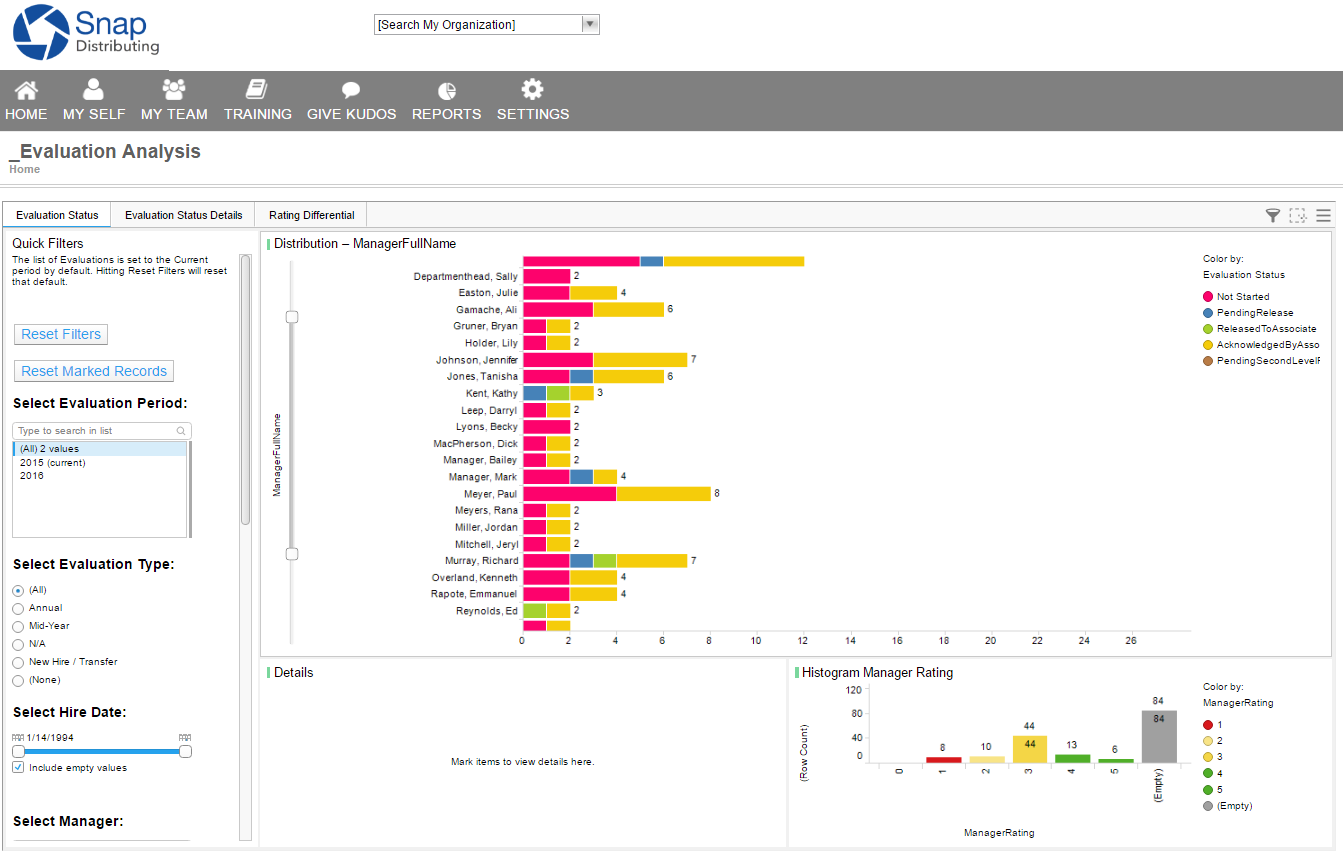 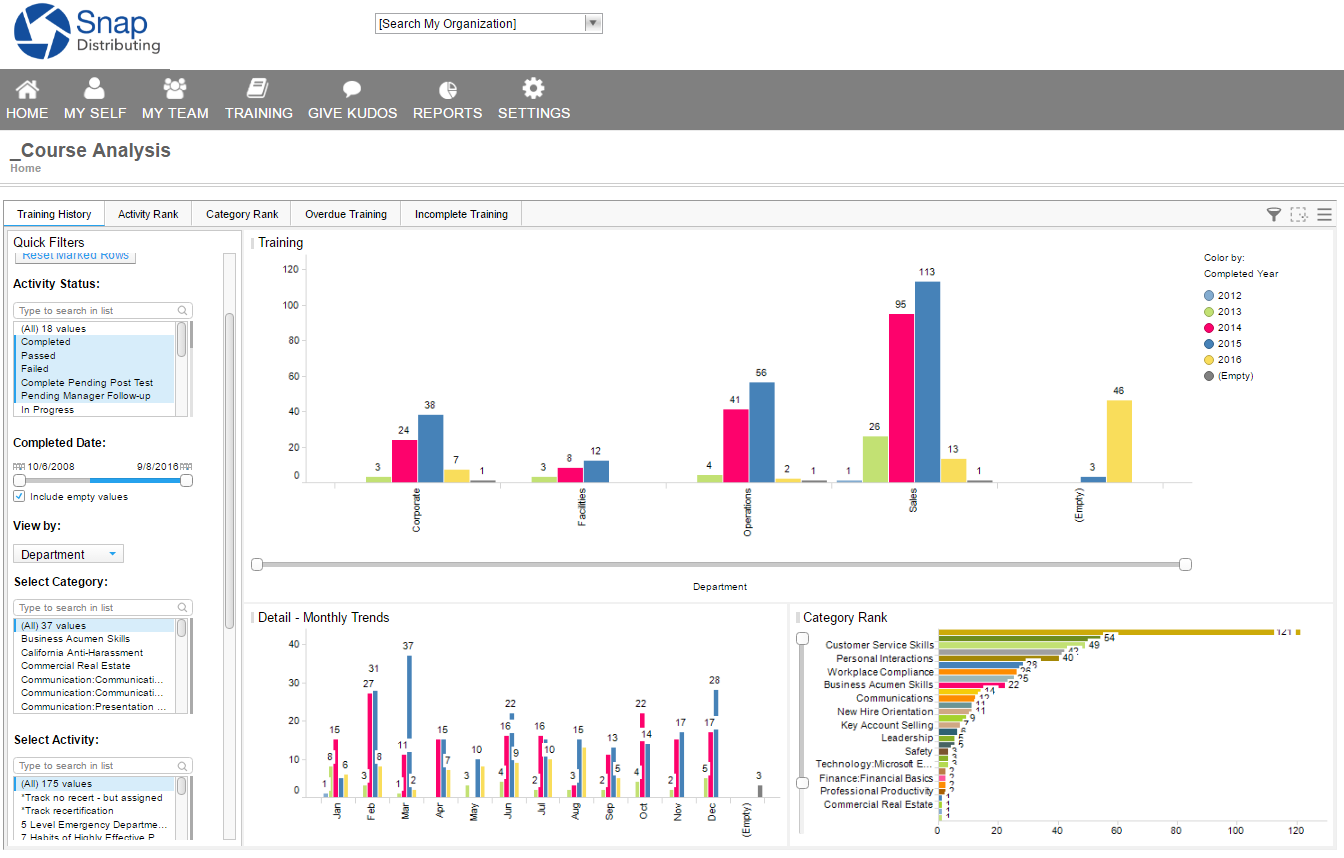 My light in to this software was one of the very first things I received as a new hire. Helps keep me on track, as far as work performance goes.

Everything is pretty simple so far. Very user friendly and easy to navigate.

If support is important to you, go with Ascentis

Overall, our experience with Ascentis has been positive. We saved a little bit of money, gained...

Overall, our experience with Ascentis has been positive. We saved a little bit of money, gained the support we needed, were able to streamline the close of payroll periods, and can process payroll much quicker.

The best part about Ascentis is their support, hands down. It is very rare that we have to wait more than 1 or 2 business days to get an issue resolved or an answer to a question. If it is an urgent matter, they are on it immediately. In addition, we get a dedicated Account Manager that is very responsive and helpful. Even when our account managers have changed, they are always brought up to speed and haven't dropped a ball yet.

ADP had virtually zero support, and it was expensive. We would go months without hearing back from anyone at ADP. Our "Account Manager" would sporadically respond to us but never solve any issues. And it was about a billion clicks to get payroll processed.

Neither of these companies showed up for the initial meeting that was set up, so we went with the only one that did, Ascentis.
Joanie
Gesamtbewertung

Not a good product

Not good at all. Implementation was never complete, the system was outdated. The customer service...

Not good at all. Implementation was never complete, the system was outdated. The customer service was non-existent. It was not cost-affordable for the lack of services provided and we had to sign a contract.

The only thing that seemed to work with Ascentis was the timekeeping. However, it did not bridge to our payroll system causing us to manually enter any non-productive time into payroll every other week

The customer service for Ascentis is absolutely non-existent. It was so terrible that I had to send an email to the CEO and other members of the C-Suite to get my issues addressed.

Ascentis has been easy to understand in the set-up interaction and backing has been extremely useful with any inquiries we have. This is our first HRIS, and it is so ideal to have all representative data in one area. The framework has been not difficult to make refreshes in.

The most difficult thing for us is getting Tax questions replied when required as the assessment division isn't however effectively open as they may be in another city, which is a few hour time distinction for us and you need to email them with any inquiries to find a solution.

cost effective and was recommended by employer
Lora
Gesamtbewertung

I have now had Ascentis HR for 2 months, and Payroll for a month, and I can sum my experience up in...

I have now had Ascentis HR for 2 months, and Payroll for a month, and I can sum my experience up in 4 words:
Thank goodness for Ascentis.
We are a small to medium company with the unique feature of being made up of multiple FEINs. We are also on an aggressive growth plan in terms of expansion. Although the company has been around for more than 30 years, it's only been in the last 5 it's gone from a small family business to a regional (soon to be national) distributor.
When I took on the position with this company to build a HR department and functions, one of the task requirements/ requests from the owner was to bring payroll inhouse within the first year. Payroll was being managed by the accountants, and it was neither cost-effective or timely; corrections were always a challenge. The existing HR software, Sage, was full of bugs and not managing tasks effectively. Much of the historical data was inaccurate, as well.
Literally, I was printing out time punch reports, manually entering onto a spreadsheet, and at the end of the paycycle emailing it to the accountant with all changes/corrections the very next business day. And then sending someone an hour away to pick up checks. And same for corrections. Not anymore.
I did quite a bit of research early on for the right system. The multiple FEINs made some systems much more expensive. And even though I'm in a culture that has been embracing change, I knew doing everything at once would create shock waves. Additionally, the projected growth made it so easy, expandability was a absolute necessity. Finally, the system would need to be easy enough and intuitive enough to teach a Vice President to be an emergency backup.
Selection of Ascentis was easy, actually. I asked lots of questions, and the response was usually either "oh, yes, of course, this is how we do that...." or "that does sound a little different, let me check" followed by "ok, this is how we can do that for you...". Things fit nicely.
The implementation team has been wonderful. They made it easy, making sure I knew what they needed and when, and kept me updated on their statuses as well. I unexpectedly had to move up one of my timelines as my previous system had a different renewal date than I was originally told. It took two months to implement HR, and 3 to do Payroll, which in terms of transition is lightning speed. This is particularly true as I had other major projects going at the same time. Christy, Jean, Kimberly and the rest have been great about letting me mess around with it before going live, and been there to answer the phone as my safety net as I spend time double and triple checking things when I went live. We have had a few minor tech problems, and Jack solved them quickly and easily.
Training was almost too much. There are videos, live demo, handbooks, and the team calls. They have been great about letting me do that part at my own pace.
Once piece of advice: if you have more than one location, use the tax service. Payroll does not print coupons and is a little less helpful with the who-when part (although the related reports are awesome.)
I have now had two zero-error payrolls; I had to make up mistakes to learn how to do that piece! We are likely adding Tax very soon, and anticipate adding Time later this year. We are eventually going to add self service.
Ascentis has wonderful reports, and has cut the time involved significantly. It's less expensive, and just so easy to use. Even the Payroll person at the accountant who did it before is jealous.